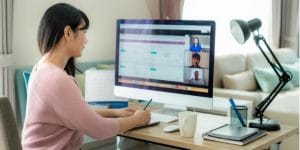 In today’s world, we rely on technology in our work and personal life. Whether you use a PC, tablet, laptop, or smartphone, much of your day is spent using this technology to make your life better and easier. However, there are potential health problems associated with this. Constant use of technology can lead to health problems. Solving these problems can be as simple as reducing the usage time of these devices. However, if you have a job that involves using computers on a daily basis, reducing your usage may be impossible. In this case, the way you use your devices can be changed. In the last twenty years, questions have arisen about the relationship that can exist between the use of computers and the health and safety of those who use them. Some health effects, such as joint pain and eyestrain after prolonged periods of typing on the screen and keyboard, are recognized by many as a reality. However, problematic evidence of the long-term health effects of computer use remains problematic. This is not least because the widespread use of computers is still a relatively modern phenomenon and the lines between computers and other electronic devices continue to blur. When concerning the long-term effects, it is very important to maintain a healthy computer workspace.

Side effects and diseases can cause by wrong behaviors 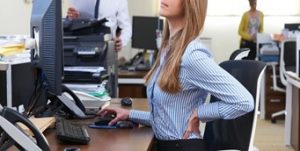 The health problems most commonly associated with the use of computer devices are upper limb disorders, eye problems, stress and fatigue, and skin conditions. Upper limb disorders are a term that describes a number of conditions that affect the fingers, hands, arms, and shoulders. Such conditions can range from mild pain to chronic tissue and/or muscle discomfort. Repetitive exercise injury (RSI) is one of these conditions. This is attributed to the excessive power of repetitive and skillful operations. As a result of such repetitive activity, tenosynovitis (swollen muscles) or carpal tunnel syndrome (swollen tendons) can develop.

Repeated exercise injuries can be caused by prolonged high-speed typing, heavy mouse use, or long-term use of a computer game control pad. Early signs of repetitive strain injuries include tingling or numbness in the affected finger or fingers and pain or even swelling in the hands and even the upper arms. In the United States, the National Institute of Occupational Health reported that 40% of people who work predominantly with computers have symptoms of RSI, with more than 10% suffering from persistent discomfort.

The chance of CSR developing or igniting further can be reduced quite easily by varying work patterns to provide breaks for those involved in constant input. Maintaining a variety of postures throughout the day can also help reduce potential long-term musculoskeletal problems and may be associated with maintaining a longer static posture. In fact, contrary to many initial workstation recommendations, there is absolutely no better position to take when using any form of long-term computing equipment.

Whether or not eye problems result from short- or long-term computer use remains a matter of debate. However, any form of excessive close work that forces the eyes to focus at a fairly fixed distance in a relatively limited area can cause eye strain and discomfort, at least for a short period of time. This is simply because such activities are not what our eyes were ever “designed” to be! I remember once asking an ophthalmologist if the computer hurt the eyes. In agreement with the UK government council, he informed me that computer use could not cause eye discomfort. Then he immediately advised me never to use a computer continuously for more than an hour and a half!

As with the steps that can be taken to avoid repetitive strain injury, changes in working patterns to allow for pauses and changes in posture to avoid long periods of focusing from the same fixed distance that Fighting eye problems can be quite effective, most people also find that flat screen (TFT) displays are more comfortable to use for longer periods of time. Large screens also tend to be less eye-straining than small displays, as they encourage the user to look around (moving both head and eyes) rather than continually focusing on one point.

Sitting behind a desk for hours doesn’t mean you’re doomed to a career of neck and back pain or sore wrists and fingers. Proper office ergonomics, including chair height, the distance between equipment, and desk posture, can help you and your joints feel comfortable at work. When you sit in front of a computer, there are other things to consider, which are the optimal distance between the eyes and the monitor, the position of the arms, and much more.

Position the monitor so that the first line of text on the screen is at eye level. The neck should be neutral, and the monitor should be right in front of you, so you don’t have to twist your neck. The monitor should be placed within an arm’s length or 20 to 30 inches. Use a headset or speaker when making a call. Never hold the phone between your ears and shoulders, as this can cause muscle tension.

Maximize the contact of your back with the back of the chair. If necessary, use a separate lumbar pillow. Adjust the back of the office chair so that it tilts 100 to 110 degrees. An angle of inclination reduces the pressure on the spine. The shoulders should be relaxed.

Adjust the height of the armrests so that your elbows have an opening angle of 100-110 degrees. Place the keyboard slightly negative when you sit upright. While typing, your hands should be slightly lower than your elbows, and your fingers should point down / to the floor. Minimize lateral or top-to-bottom twisting of the wrists. Keyboard trays can help you get the exact keyboard and mouse angle you want. Choose one large enough to hold both. If necessary, use a palm rest only when you are not typing. Do not place your wrists on top of the rest when typing, as the wrist will rotate back and forth as you type, which puts strain on the wrist. Whenever possible, use keyboard shortcuts to optimize workload and minimize mouse usage.

People use “addiction” to describe all kinds of excessive behaviors, such as eating too much chocolate. While researchers shun this use, they realize that some pastimes, such as gambling, can become pathological and resemble a real addiction. And some children who play video games meet the clinical criteria for “addiction” in that sense. Video games dominate their lives. Gambling gives them a sense of euphoria or at least a sense of relief from uncomfortable feelings. Children experience “withdrawal” when they are denied access to games. And play interferes with everyday life, including school and social relationships. So pathological play isn’t just about the time your child spends playing. These are video games that take over his life. One study found that the pathological use of video games was unrelated to cultural variables such as race or the type of school attended. Additionally, pathological gambling has been reported around the world.

In Spain, for example, the gambling addiction rate has been estimated at around 10% (Tejeiro Salguero and Bersabe Moran 2002). Video game addiction is also a major concern of some East Asian researchers (e.g., Sun et al. 2008). In Singapore, the prevalence of pathological gambling is likely to be 9% (Gentile et al., 2011). Despite their diverse backgrounds, gambling addicts have some things in common. Pathological gamblers spent about twice as much time gambling (24 hours a week). They were more likely to have game systems in their bedrooms. And they also reported more problems with care in school, lower grades, and more health problems.

There are many young and experienced people who have trouble finding “substitutes” for games. Many of these people realize how stressful games can be, how they give you an instant but false sense of accomplishment and control, how they cost a lot of time and money, and how they can turn into people they just don’t want to be. Worse still, if you inevitably quit, leaving yourself incredibly empty and even depressed, none of the time, money, and energy you put into games will bring you real rewards for the rest of your life. Hence, the best hobbies and practices that games are replaced get the opposite of what games do. Such alternatives can be.

4 Tips to Avoid Eye Strain When You Sit in Front of a …. https://www.cbsnews.com/news/4-tips-to-avoid-eye-strain-when-you-sit-in-front-of-a-computer-monitor-all-day/

Proper Sitting Posture at a Computer (According to Experts …. http://ergonomictrends.com/proper-sitting-posture-computer-experts/